Remember before we left when we said that if there's no blog for a day or two, don't worry, we are all fine and that getting the blog up is harder than you might expect? Wobbly wifi, early mornings, long days, late nights?


There are times on a KSB tour when there is just an embarrassment of riches, every day is mind blowing. This is one of those times, and it's not just every day. By now (Wednesday Night) it's every half day. In some cases every hour. Our heads are spinning with the immensity of India, but spinning in a beyond exhilarating kind of spin.


There just isn't any other way to describe what's happening other than life changing for these boys, even though that is said so often that it's a KSB cliche. The Grads' worldview is now informed by the sights and sounds of the boundless Indian mosaic of faces, places, smells, sights, and conditions, but more importantly by the interactions that they are having with the diversity of Indian people while making music. Life Changing.

What day is it?

Wednesday. Right. So let's back up to Monday, our first full day in India.

And let's start with Salaam Balaak Trust, an organization dedicated to serving the needs of the street children of India, who number in the hundreds of thousands. Salaam Balaak Trust provides shelter, attempts to reconnect children with parents, and for those where that fails, provides everything, including education, all the way to university.

Who are these children? Runaways, orphans, those rejected by step-parents, and children (including really little children) separated from their parents at a festival or at the Delhi train station, never to be reunited. Ever.

On Monday, several Alumni of the Trust walked The Grads through the neighborhood of one of their centers, describing the life of a child on the street - how they make money, what they use money for (not food - entertainment and drugs), and so on. The story of the alumni of the program, now university students or graduates, told on the backdrop of the streets of India.
. 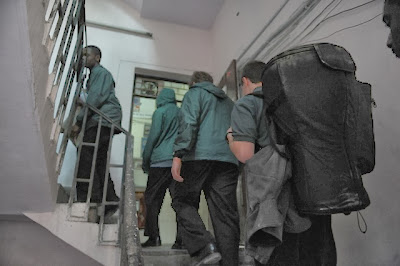 Our destination was a center for homeless boys operated by the Trust. Up on the rooftop, we spent time with about 35 boys, ages five - fifteen. KSB sang for the boys, and then they had something to show us - their best dance moves. The gulf between these two groups of boys disappeared over a dance fad - Gangdam Style! - imagine 80 boys dancing together on a rooftop in Delhi, morphing into a contest: the 10 best moving KSB guys mirroring the moves of their best. 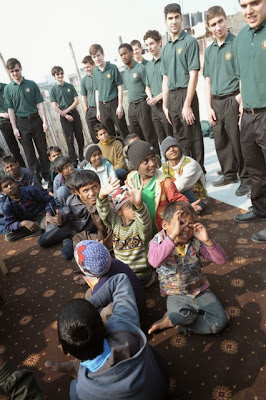 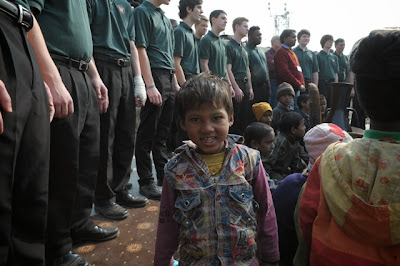 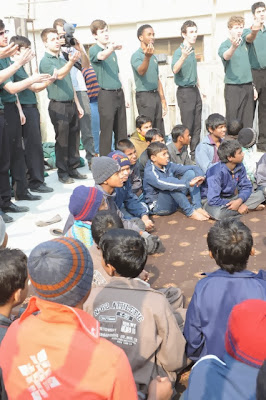 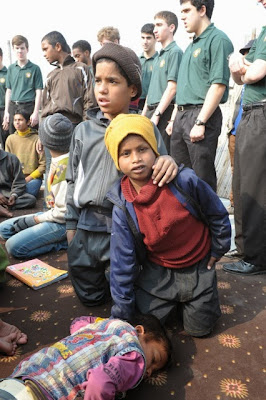 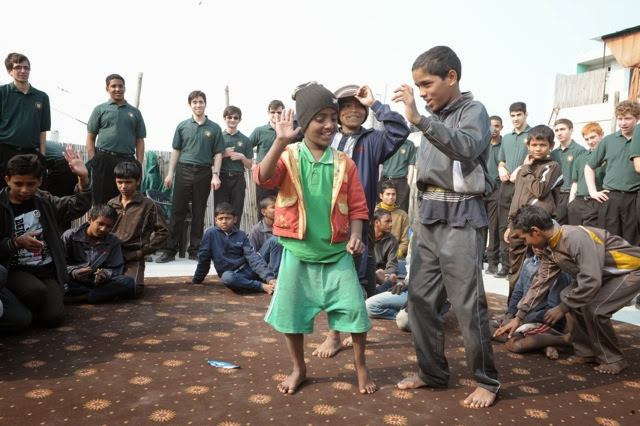 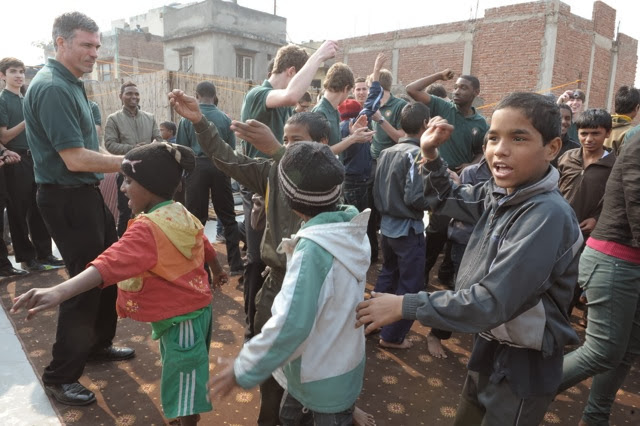 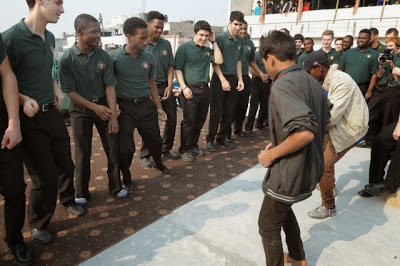 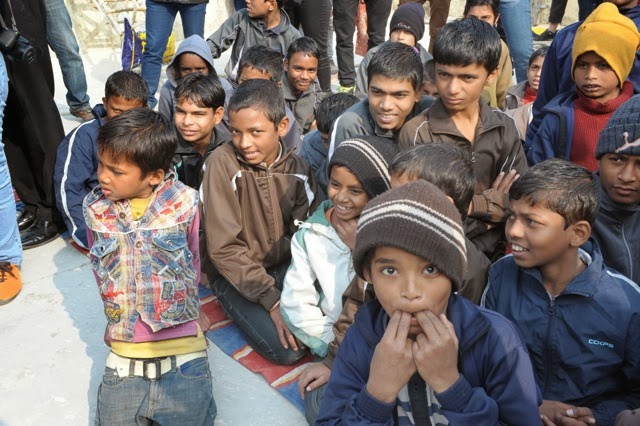 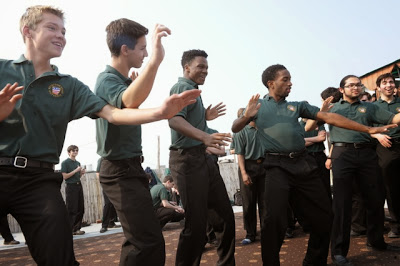 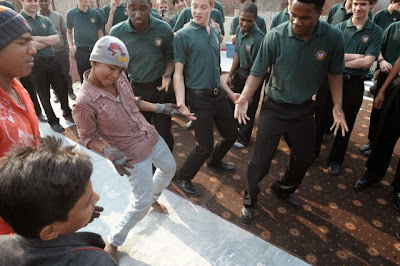 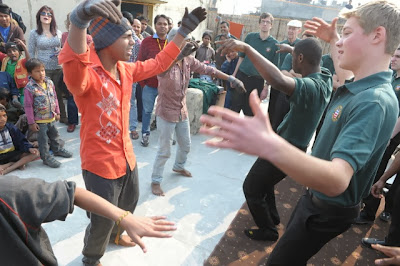 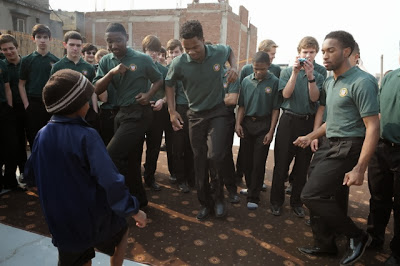 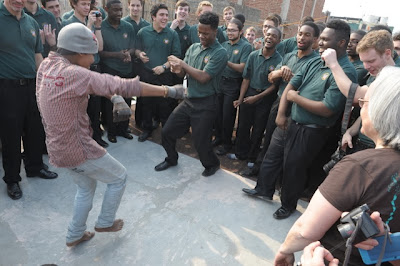 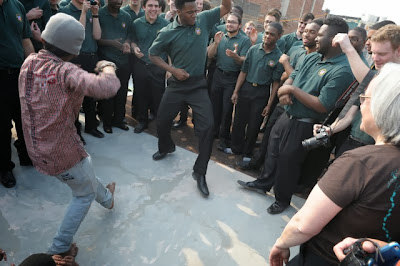 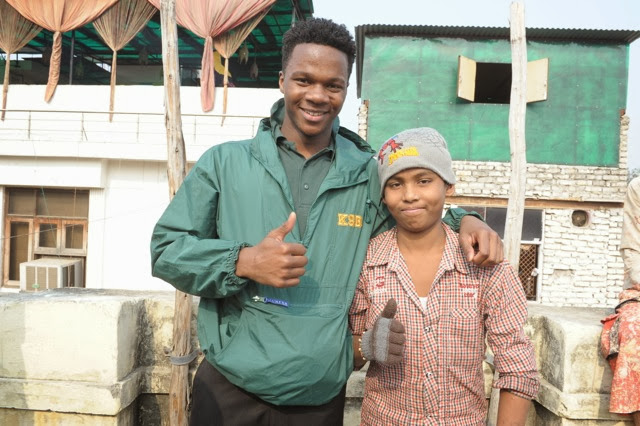 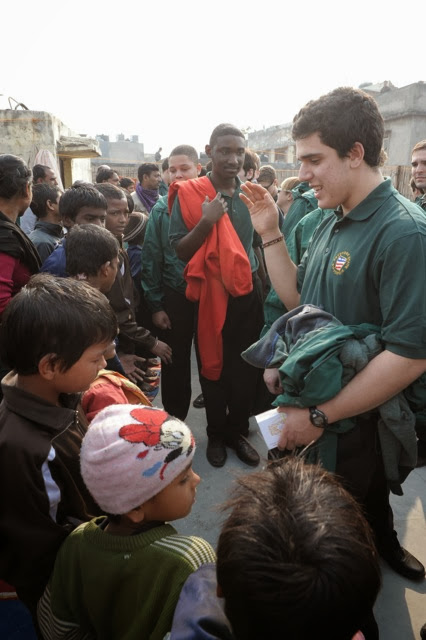 Our day continued with some sightseeing at an ancient Islamic Monument. Built on the ruins of an even more ancient Hindu temple, the oldest buildings at Qutab Minar were built in the 12th Century. 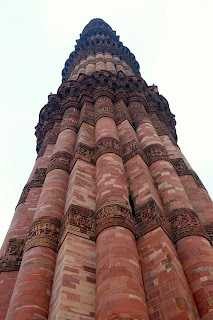 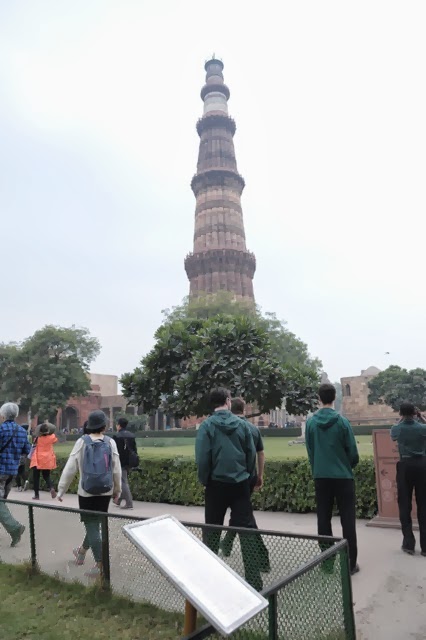 It's kind of like an Indian Leaning Tower of Pisa 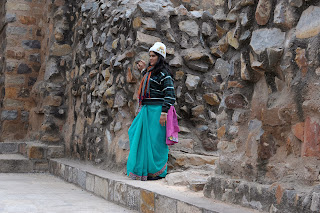 The venue for our evening performances: an upscale mall (Think Court at King of Prussia, New Delhi). Heads spinning now from the deep poverty of the boys at Salaam Balak Trust to the antiquities of Qutab Minar to the familiarity of a fully western mall, complete with Starbucks, where the boys gave three mini-concerts around a huge white Christmas Tree to appreciative audiences who lined three tiers of balconies above us. 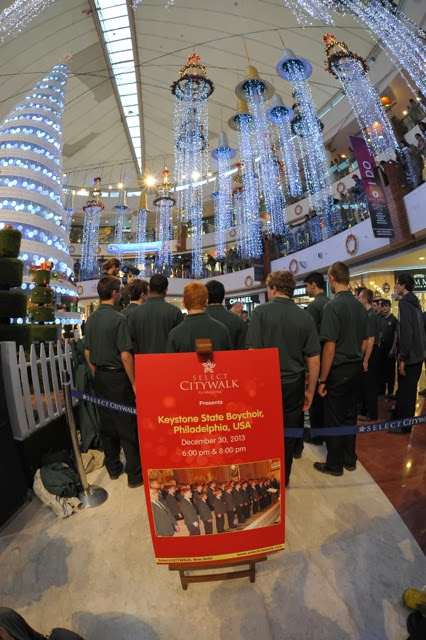 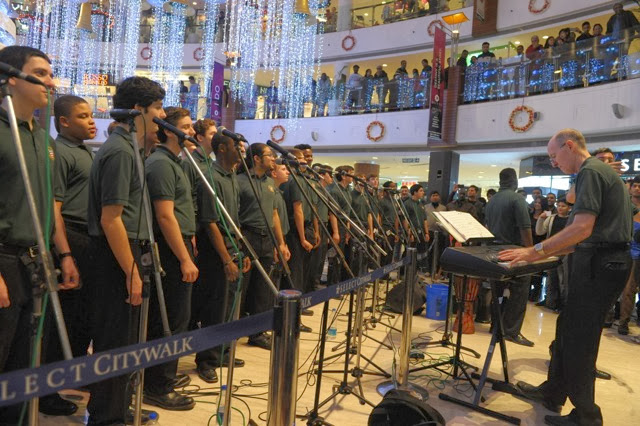 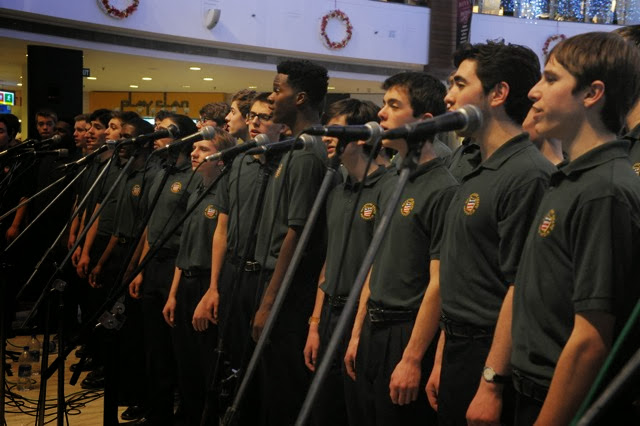 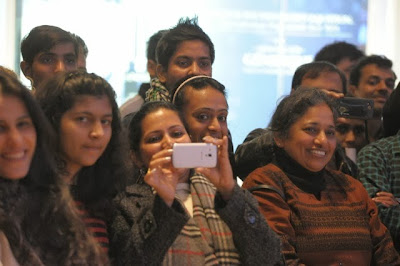 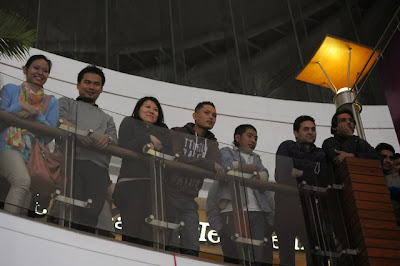 Followed by a Bollywood Movie!